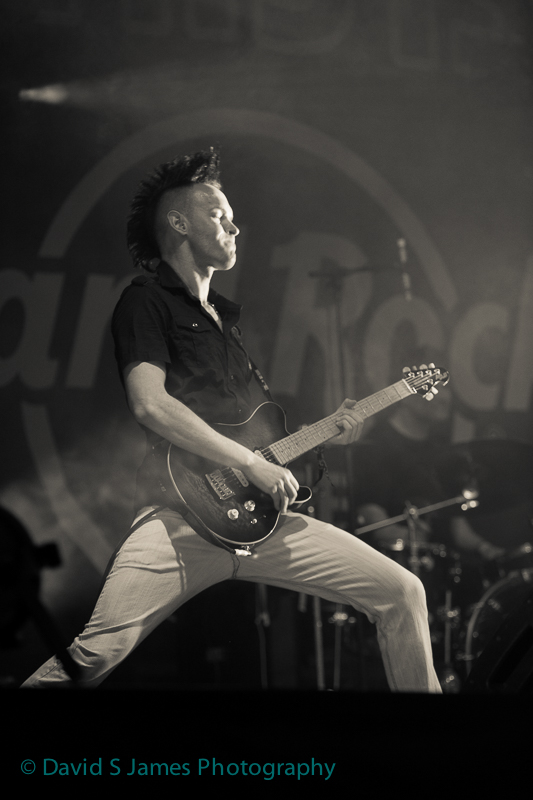 Dan B is the lead guitarist with London collective LiA.

‘LiA – Life Imitates Art’ are a fiery electro rave unit incorporating influences as diverse as rap rock, electro, synth pop and dance to create a hyperactive sound matched only by the intensity of their amazing live shows.

The release of debut single ‘The Same Mistakes’ along with slots at the prestigious Isle of Wight Festival and Bestival set the stage for an exciting 2015.

Dan was previously guitarist for UK rock artists ‘Nya’. A six year stint from 2009-2015 produced five EPs resulting in tracks being featured on Kerrang TV, Triple M Radio in Australia and Metal Hammer Magazine. During this time Dan extensively toured the UK with live performances including headline slots at Bloodstock Open Air 2009 and the legendary Download Festival 2011, as well as an appearance at the 10th Anniversary of the sold out Metaldays Festival 2013 in Slovenia.  The 2015 ‘Conflicted’ EP release saw the band working with renowned producer Romesh Dodangoda and Grammy-nominated mixing engineer Robin Schmidt to create their best material to date.

After graduating from the Academy of Contemporary Music with a BA (Hons) degree in Contemporary Popular Music, Dan has gone on to teach hundreds of guitar students across the South of England.

Dan is available for live, studio and tuition work.

Get in touch via the contact page or form below for more info.